There’s little doubt that Airbnb has affected the Edinburgh letting landscape. The company claims 120,000 people have booked through their website between the 3rd – 27th August 2018 for the Edinburgh Fringe, boosting Edinburgh’s economy by £48 million and bringing Edinburgh Airbnb hosts a personal profit of £15 million. 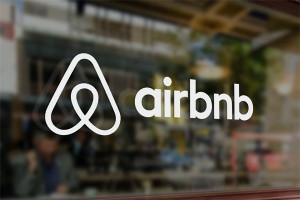 So what is Airbnb? Saviour of the economy? Selling the local experience in a way no hotel ever could? Or is it a long term accommodation thief? Or is it facilitating tax avoidance?

It seems that even Edinburgh’s official organisations can’t seem to agree on Airbnb’s role within our economy:

The Council are campaigning to limit Airbnb hosts to let their property only for a maximum of 90 days per year. Their concerns are focused on the lack of long-term accommodation available in the city, and ensuring that all rental properties are registered and meet safety standards. Other issues that have been highlighted are public safety, waste collection, noise and community cohesion.

After announcing Airbnb as an official accommodation partner, the Fringe has been criticised for promoting an organisation that is depriving local residents of long term accommodation. Furthermore the Fringe Society’s Chief Executive, Shona McCarthy, raised concerns that the high price of accommodation in Edinburgh during August is killing the “life force” of the Fringe as artists can’t afford to attend it.

Earlier this year, VisitScotland launched Experiences in partnership with Airbnb. The collaboration is designed to give Airbnb visitors more “authentic experiences” of Scotland, such as cooking with a top chef or going on a wildlife trail. The tourism organisation claims it will “empower Airbnb hosts to become true ambassadors for Scotland”. Promoted through the Airbnb website, these experiences can be booked by non Airbnb guests so this lack of exclusivity seems to indicate little more than a VisitScotland advertising campaign.

The Scottish Greens aim to amend legislation to require landlords to gain planning permission before turning their properties into holiday homes or short term lets. The current lack of regulation is allowing landlords to manage unregistered and unregulated properties as a full-time business through Airbnb. These proposals aim to regulate the number of properties available for short term let, therefore making more available for long term residents.

In short, there are conflicting opinions whether Edinburgh Airbnb is increasing spending in our economy, or facilitating a way for landlords to beat the system. In reality, it’s both and we need to decide exactly how to regulate it.

The Scottish Greens reported that there are 6,200 flats available for short term let in Edinburgh on Airbnb, and in 55% of cases the owner was not present. In a third of these – the landlord owned multiple properties for rent through Airbnb. That’s 3,410 properties in Edinburgh that are potentially unregistered with the council, with no evidence whether the property has an Energy Performance Certificate (EPC), insurance, fire and CO detection or a gas safety check. The landlord also has a much easier facility to bypass HMRC on the profits.

Surely the answer here is to keep Edinburgh Airbnb in its place. Originally designed as a facility for people to rent out spare rooms, simply disable a landlord’s ability to let an empty property.

It’s extraordinary how far-reaching the implications of Edinburgh Airbnb have had on the property landscape. Before the explosion of ‘do-it-yourself’ websites like Airbnb, Gumtree and even Facebook, landlords and tenants relied almost exclusively on letting agents or self-management. Airbnb has encouraged more self-management, while at the same time letting agents have become more regulated.

Regulation means upholding best practice. It means training, it means adhering to regulations, it means checking tax, and these things cost money to implement. It’s exactly what should be expected of agents. It also means it’s harder to compete with Airbnb because they are not required to provide any of these basic service standards.

Airbnb wash their hands of most landlord / agent regulation. They make all the right noises but provide nothing of actual substance – not even a tenancy agreement. Meanwhile letting agents must adhere to a code of conduct; provide tenancy agreements and, hands on, carry out the multitude of tests, safety certificates, repairing standards, formal notices, etc. – even tax collection.

This has raised eyebrows within the industry; that Edinburgh Airbnb managed to escape the recent letting agent regulation in Scotland by sliding under the radar of Section 61 of the Housing (Scotland) Act 2014. This is despite the ability of ministers (within that act) to modify the meaning of letting agency work.

Meanwhile there is a very gradual dawning within government that traditional landlords and letting agents might not, after all, be the force of evil they have been pilloried as, to date. Now regulated and ergo glorified they are nevertheless abjured in favour of tacit support for an unregulated letting colossus such as Airbnb who are allowed to slip the regulatory net.

In typical clumsy fashion, Edinburgh Council propose a seditionist solution. Such as:

An army of panjandrums whipping up a perfect storm to drive the PRS further underground when the industry should be encouraging the reverse to counter the chronic shortage of rental accommodation within the sector.