East of Edinburgh City Centre, Abbeyhill is one of the oldest parts of the city. It takes its name from Holyrood Abbey, which was founded in 1128 by King David I. The area’s claim to fame is that the first hot-air balloon flight was made from Abbeyhill in 1784. James Tytler made it almost half a mile before landing in neighbouring Restalrig!

The area has a number of good local amenities with local shopping at Meadowbank Shopping Park, as well as an easy commute to the City Centre. Abbeyhill is on the doorstop of Holyrood Park, which boasts its own extinct volcano. Arthur’s Seat offers one of the most spectacular views of the city.

on house until the mid 1890s. The area is characterized by late Victorian tenement flats, colony houses and modern developments.

If you’re looking for local food, Abbeyhill is close to Leith Walk and Easter Road which offer a seemingly endless choice of dining and takeaway options.

The area is a quick journey into the City Centre with excellent bus links and easy car routes to other parts of the city. If you have a car, most properties offer on-street parking. However, usually a permit is required. This can be arranged through the Edinburgh City Council.

In between Holyrood (EH8) and Easter Road (EH7), the neighbourhood is also close to Leith (EH6), Leith Walk (EH7) and Hillside (EH7). 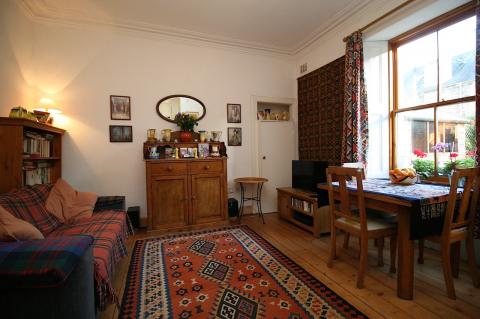