Characterised by a wealth of green space and parks, Inverleith is a mostly residential area. It is one of Edinburgh’s most exclusive areas with a number of detached Victorian and Edwardian houses. The area also has period apartments, mews houses and modern flats. 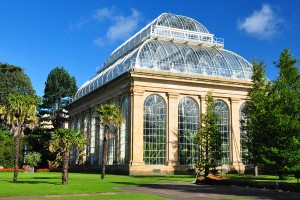 The Royal Botanic Garden is one of Edinburgh’s top attractions. Founded in 1670, its living collection boasts more than 13,000 plant species. In addition to the Royal Botanic Garden and Inverleith Park, the area also has numerous playing fields used by the city’s independent schools. The Edinburgh Academy, Fettes College, Erskine Stewart’s Melville Schools and George Heriot’s all host their sporting events here.

The neighbourhood is a quick journey into the City Centre with excellent bus links and easy car routes to other parts of the city. If you have a car, most properties offer on-street parking. However, usually a permit is required. This can be arranged through the Edinburgh City Council.

In between Edinburgh’s New Town (EH2 and EH3) and Trinity (EH6), Inverleith is also close to Stockbridge (EH4) and Leith (EH6).