We all know that Edinburgh is a legendary city, and we’ve all heard a myth or two. It never stops raining, the Royal Mile is a mile long, and rubbing Greyfriars Bobby’s nose is a sure way to bring good luck.

But how many of these so-called facts are actually true? 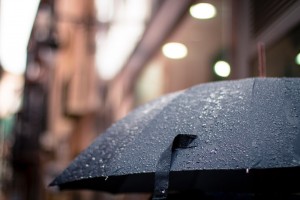 MYTH 1: It is always raining in Edinburgh

FACT: Edinburgh is officially the driest city in Scotland. We have half the rainfall of Glasgow, as well as significantly less than Aberdeen, Dundee and Inverness. In fact, it rains less in Edinburgh than it does in Rome or New York.

FACT: A tour company started this one only a few years ago and the rubbing has caused irreparable damage to the statue. Please don’t do it!

MYTH 3: Painting the Forth Railway Bridge takes so long, they start again as soon as they’ve finished

FACT: There used to be some truth to this, although the bridge was coated with new paint in 2011 that’s expected to last for 25 years.

MYTH 4: The Royal Mile is a mile long

FACT: The Royal Mile is 1.81km long, which is roughly one Scots mile. A Scots mile is longer than the traditional English mile which is 1.61km but hasn’t been used as a mainstream unit of measurement for several centuries. 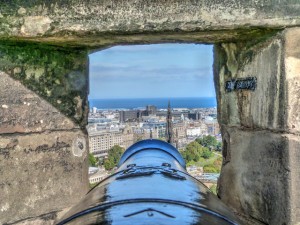 MYTH 5: Edinburgh Castle was built by the Romans

FACT: Edinburgh Castle is far older than that. Archaeologists have found evidence of a settlement on the site since the Bronze Age.

FACT: Arthur’s Seat is indeed a volcano, but is extinct and has not erupted for 200 million years. Old Celtic legends claimed that the rock was a sleeping dragon who lay down to sleep and never woke again – unfortunately for you Game of Thrones fans – also a myth.

MYTH 7: Edinburgh’s is built on another city. Plague victims were thrown down into the underground vaults to stop the spread of the disease in the 16thand 17thcenturies

FACT: The plague victims were well taken care of, with many taken to quarantine areas outside of the city centre. The infamous Mary King’s Close was inhabited right up until the 19thcentury – 200 years after the end of the plague.

We hope that’s cleared a few things up.