To the west of Edinburgh’s New Town, the West End is the cultural capital of the city. Charlotte Square, one of the city’s most exclusive addresses, was designed by Robert Adam and built in the late 1700s. Now the home of Scotland’s First Minister, past famous residents have included Sir William Fettes (founder of Fettes College), Lord Cockburn (lawyer) and Robert Reid (architect).

Properties in the West End can be grand in proportions with stunning period features, ranging from flats to townhouses. The area’s architecture is primarily Georgian and Victorian, but also has a number of modern developments and mews houses. 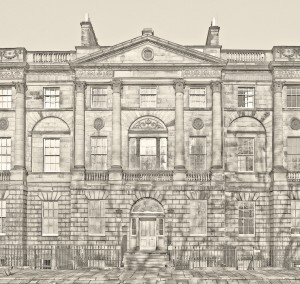 The West End boasts a number of Edinburgh’s major arts venues, including the Usher Hall, the Traverse Theatre, the Filmhouse and the Royal Lyceum. It is also the home of the Scottish National Gallery of Modern Art and the Edinburgh International Book Festival. The area is packed with cafes, bars and restaurants such as La P’tite Folie, Kyloe and The Caffeine Drip.

As the West End is located in the City Centre, it is an easy walk to Princes Street, has excellent bus links and includes Edinburgh Haymarket train station. If you have a car, most properties in the West End offer on-street parking. However, usually a permit is required. This can be arranged through the Edinburgh City Council.

In between Edinburgh’s New Town (EH2 and EH3) and Murrayfield (EH12), the West End is also close to Stockbridge (EH4), the Old Town (EH1) and The Grassmarket (EH1).